Outside televisions are just exactly what it sounds like, televisions that can be used outside. There are so many reasons why we would want a television that can function outside, it could be for a backyard, in restaurants, clubs, cafes etc. Many of us would feel that if we want to view a television outside we can use the same sets of television that we use in our house or offices.

But the televisions that we use outside weather it’s in the backyard or in an open cafe the televisions used are different. The technology keeps changing almost everyday and the industry keeps adding new features to their televisions each day. Just like that the changes has been made to the technology of the outdoor televisions as well. These are resistant to the weather conditions and work according to them.

We will share with you the Best Outdoor Tvs of the year 2020. This would help you pick out the best one as per your needs. 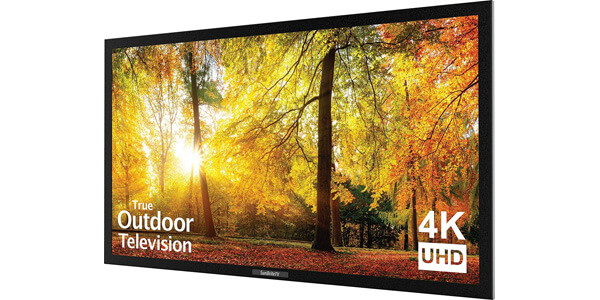 The first on the list of Best Outdoor Tvs is the SunbriteTv SE, which is 43inches and has the feature of being weatherproof. This makes it ideal for outdoor use. This SunbriteTv is 4K ultra-HD, anti-glare, high brightness screen. The 4K ultra-HD makes the brightness of the television twice more than indoor televisions. This particular model has an extreme temperature functionality, which means that the television can work under very extreme weather conditions.

This television is very easy to use as the person using this television outside won’t have to make the adjustments manually, as SunbriteTv offers Optiview feature. This feature helps to change between day mode and night mode with just one click. The television has powder-coated aluminium exterior, which provides protections against rust, dust, snow, rain, insects, humidity and salt air. SunbriteTv is very compatible with HDMI and HDCP 2.2 which ensures that all the 4K sources and streaming are done smoothly. 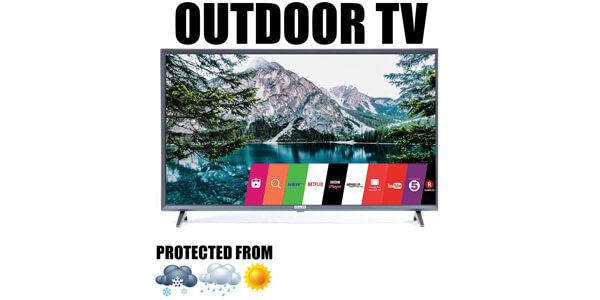 SEALOC Outdoor Tv, is a full weatherised television which is ideal for outdoor viewing and can function under extreme weather conditions, cold or hot. The exterior of the television is covered to block any kind of foreign invasion in the television and protect the internal component of the television. This SEALOC televisions can work under the sunlight as well, and show vivid, bright pictures.

The television has 4K ultra-HD high brightness screen, along with direct LED backlights and is up to 30% brighter than the normal indoor televisions. These can be mounted on the wall and don’t have to be inside a big bulky box. This television has a brilliant sound quality and is water resistant, so even if it’s snowing or raining, your television would be safe. This television is a perfect combination of elegance and technology, SEALOC’s 43inches television is very sleek as compared to other competitors in the market. 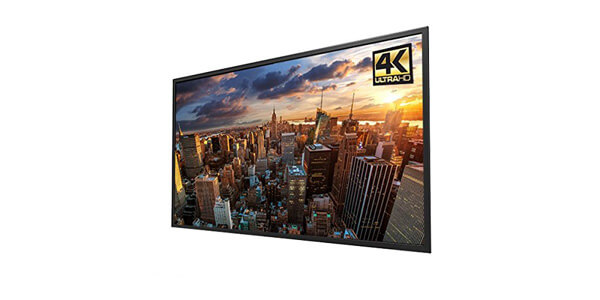 Next on the list of Best Outdoor Tvs is the Mirage vision’s 55inches 4K ultra-HD television which is the world’s thinnest and first LED HD outdoor television. The television is made in such a way that it is water resistant and can work under all the extreme weather conditions. The item weighs about 50pounds and has built-in speakers.

There are about 1 billion colours in the television, and has TFT active matrix liquid crystal. Mirage Vision Outdoor television has technology of direct LED backlight modulation. This makes the pictures more brighter and clear. The power consumption is lesser than the rest of the televisions in the market, to be precise it consumes 40% less energy.

The television is in high demand and the manufacturing company has collaborated with Disney, Universal Studios, Kennedy Space Centre, NASA, US Army. So you can imagine the quality of the television if it’s being used in such elite and important places. 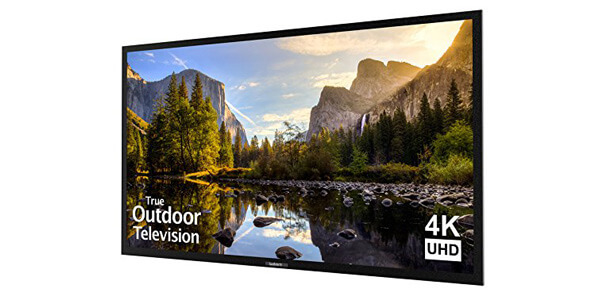 The last on our list of Best Outdoor Tvs of the year 2020 is also from the SunbriteTv’s veranda series. The television is 65inches and comes with 4K ultra-HD technology which makes the pictures more vivid and bright. This television is also 30% more brighter than the normal indoor television, so if your view your television outdoor sitting on your porch you would be able to see the pictures clearly.

So we have discussed all the top 5 Best Outdoor Tvs of the year 2020. All these above mentioned televisions are ideal to be used either on the porch or outside. If you want to enjoy your television sitting outside your house. Their direct LED backlight technology, helps a person to view better, clearer and brighter picture quality under the bright sunlight.